What Is Intoxication in Criminal Law? 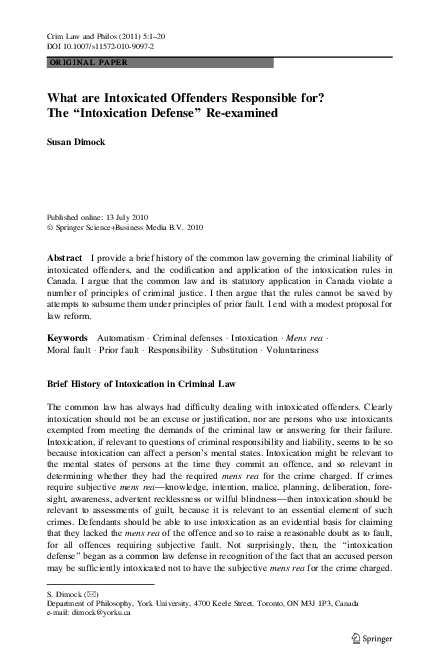 Involuntary intoxication can also be a defense against specific intent crimes. This defense can show that the defendant was unable to form the requisite intent. For example, an intoxicated person who appears to commit an assault can be cleared of the charge due to his intoxication. This defense is also applicable in cases where the person was involuntarily intoxicated. It is an important factor when determining whether intoxication is a viable defense.