What is the Minimum Sentence For a Federal Crime? 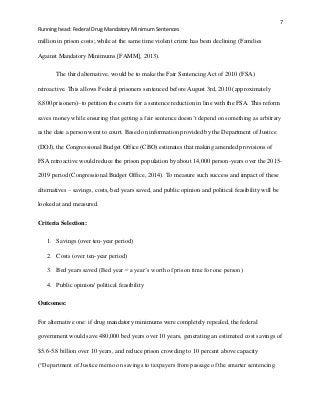 Under the “cooperation exception,” a defendant may be eligible for a reduced mandatory sentence if he cooperates with the US Attorney General’s Office. The prosecutor can argue for the cooperation exception, but the defense attorney cannot. Only the prosecutor can request this exception, which is ultimately decided by the judge. If a defendant qualifies, he or she will likely receive a sentence of at least five years.

Congress has historically mandated specific punishments for crimes under the federal Sentencing Guidelines. In 1790, the Crimes Act, a federal criminal law, defined seven crimes that carried the death penalty. Today, there are 189 federal crimes with mandatory minimum sentences. For example, a person who trafficked in synthetic drugs for the second time is required to serve a mandatory life sentence. These mandatory sentences are designed to protect the public, which is why it is critical for the federal government to adhere to these laws.

The federal Sentencing Guidelines are a set of guidelines for sentencing defendants in federal court. While they are not mandatory, they are considered by judges when determining the appropriate sentence for an individual. Judges who deviate from the guidelines must explain why they did so. If the guidelines are followed in their jurisdiction, the defendant will receive a sentence that is below the minimum. This law has created a safety-valve that applies to nonviolent first-time offenders.